Today is the Day of Remembrance at NASA, where we honor the crews of Apollo 1, STS-51L Challenger, and STS-107 Columbia. It’s the 30th anniversary of Challenger somehow, but it really doesn’t seem like all that long ago. While this brought tears to my eyes…

(credit to Clyde Wells, Augusta Chronicle)
this is the one that hit me harder today.

I showed that to one of the young engineers, young enough he doesn’t remember Challenger, told him about this photo being sent to the Apollo spacecraft program manager with the message, “It isn’t that we don’t trust you, Joe, but this time we’ve decided to go over your head.” I said, “How much confidence do you think they had in their vehicle?” and yet they got in anyway. Brave men.

I read this article by Kurt Schlichter and wondered again at the word games Clintons play. She didn’t send any email marked classified because someone copied and pasted it for her. I don’t handle classified information, but there’s times when I get what’s called “sensitive but unclassified” or SBU. This is stuff like proprietary data that belongs to a company like ATK or Boeing or export-controlled information like a fair amount of propulsion work or any kind of mechanical drawing. Those have to marked SBU and sent encrypted. What happens if you are careless with SBU? Answer: “Individuals may be subject to administrative sanctions if they disclose information designated SBU. Sanctions include, but are not limited to, a warning notice, admonition, reprimand, suspension without pay, forfeiture of pay, removal or discharge.”

So say Hillary does get elected. How are you going to discipline the rank and file for, say, sending a white paper on turbine blade design unencrypted to a colleague when the head honcho had over 1,000 classified emails affecting national security sent unencrypted? Or is it going to be like the IRS, and the level of punishment depends on who you donated to in the last election?

Even when you did.  Apparently, the Washington DC Police Chief doesn’t want people who dig out parking spots to reserve them.

She admonishes not the poacher who swings his car into the spot vacated by the person who put in the effort to get out and go to work, but instead scolds the shoveler.  How dare you, despite the sweat equity you put into clearing all the plow residue from a parking space, feel any slight entitlement to reap the benefits of your work?

If there is ever a microcosm of the entire political philosophy of the Marxist clowns who run that benighted crap-hole of a city, and the even bigger Marxists living there who are supposed to run our country, this is it.  In other cities, particularly northern ones, being a poacher will earn universal contempt.  It can also be a leading cause of sudden tire deflation.  And an occasional skull thumping.  I have also seen nice cars packed to the gills with snow, presumably courtesy of the person who sweated and cussed and hacked at ice to clear the space now poached.  A more helpful and realistic message from ol’ Chief Lanier would have been something like this:

@DCPoliceDept Chief Lanier: Though someone can’t technically “save” a parking space they just busted a nut shoveling, it would be wise not to be a d*ckhead by poaching the space.  And if you do, don’t be surprised if someone dents their snow shovel on your head.  #LazyPoachingBastard  #ShovelYourOwnDamnedSpace

But when lazy poaching bastards who let other people do the work for them are a key constituency, I spose you aren’t so inclined.

The worst offense, though, was all the climate change crap. Mike van Biezen has written an excellent takedown of global warming. Beyond the bullying (97% consensus!) NASA has been “adjusting” the data.

For the first several years of my research I relied on the climate data banks of NASA and GISS, two of the most prestigious scientific bodies of our country. After years of painstaking gathering of data, and relentless graphing of that data, I discovered that I was not looking at the originally gathered data, but data that had been “adjusted” for what was deemed “scientific reasons.” Unadjusted data is simply not available from these data banks. Fortunately I was able to find the original weather station data from over 7000 weather stations from around the world in the KNMI database. (Royal Dutch Meteorological Institute). There I was able to review both the adjusted and unadjusted data as well as the breakout of the daytime and nighttime data. The results were astounding. I found that data from many stations around the world had been systematically “adjusted” to make it seem that global warming was happening when, in fact, for many places around the world the opposite was true. Following will be a few of the myriad of examples of this data adjustment. When I present my material during presentations at local colleges, these are the charts that have some of the greatest impact in affecting the opinion of the students, especially when they realize that there is a concerted effort to misrepresent what is actually happening.

The highlights video came out too soon to include SpaceX’s successful cargo launch to the International Space Station followed by the first stage landing and recovery. Orbital Sciences also bounced back from their launch failure last year to successfully launch Cygnus to ISS, so I can breathe a little easier knowing we have commercial cargo flying again.

As I look at photos and data from Ceres, comet 67P/Churyumov-Gerasimenko at perihelion, and Enceladus, here’s hoping we stick to exploration in 2016.

From http://lroc.sese.asu.edu/posts/895
The Lunar Reconnaissance Orbiter had this view of Earth while in orbit around the moon. The article at the link describes how they used both narrow and wide angle cameras and rolled the spacecraft 67 degrees to get the right shot.

Just about a year ago, the Orbital ATK Antares rocket on its way to resupply the International Space Station blew up shortly after launch. While Orbital ATK is responsible for their own accident investigation, NASA established an independent review team, and they released their findings earlier this week.

In a nutshell, the LOX turbopump Hydraulic Balance Assembly and thrust bearing designs were not sufficiently robust for the Antares mission, and they found foreign object debris (FOD) and workmanship defects in the LOX turbopump. One or more of those could have brought the vehicle down. Several recommendations were made to Orbital ATK for more sensors, more acceptance and qualification testing, more thorough inspections, and better contamination control.

The Solar Dynamics Observatory (SDO) was aligned just right to see first the Earth, then the Moon block its view of the sun. In this picture (courtesy of “jhon henry osorio orozco” on September 13, 2015 @ Medellín-Colombia), the Moon is the black circle to the left, and the Earth is the fuzzy object at the top. The Earth is fuzzy because of the atmosphere.

The SDO blog has a nifty artist’s concept of what happened yesterday and also informs us that on September 28, a total lunar eclipse will be visible from most of the United States, Europe, South America and Africa.

H/t to http://spaceweather.com/. Check ’em out for pictures from Earth of the partial lunar eclipse and last week’s auroras.

In other space news, they announced a new target for New Horizons, a Kuiper Belt Object called 2014 MU69. It will look (distantly) at 20 other Kuiper Belt Objects en route. Loads of data are still coming back from the Pluto flyby. 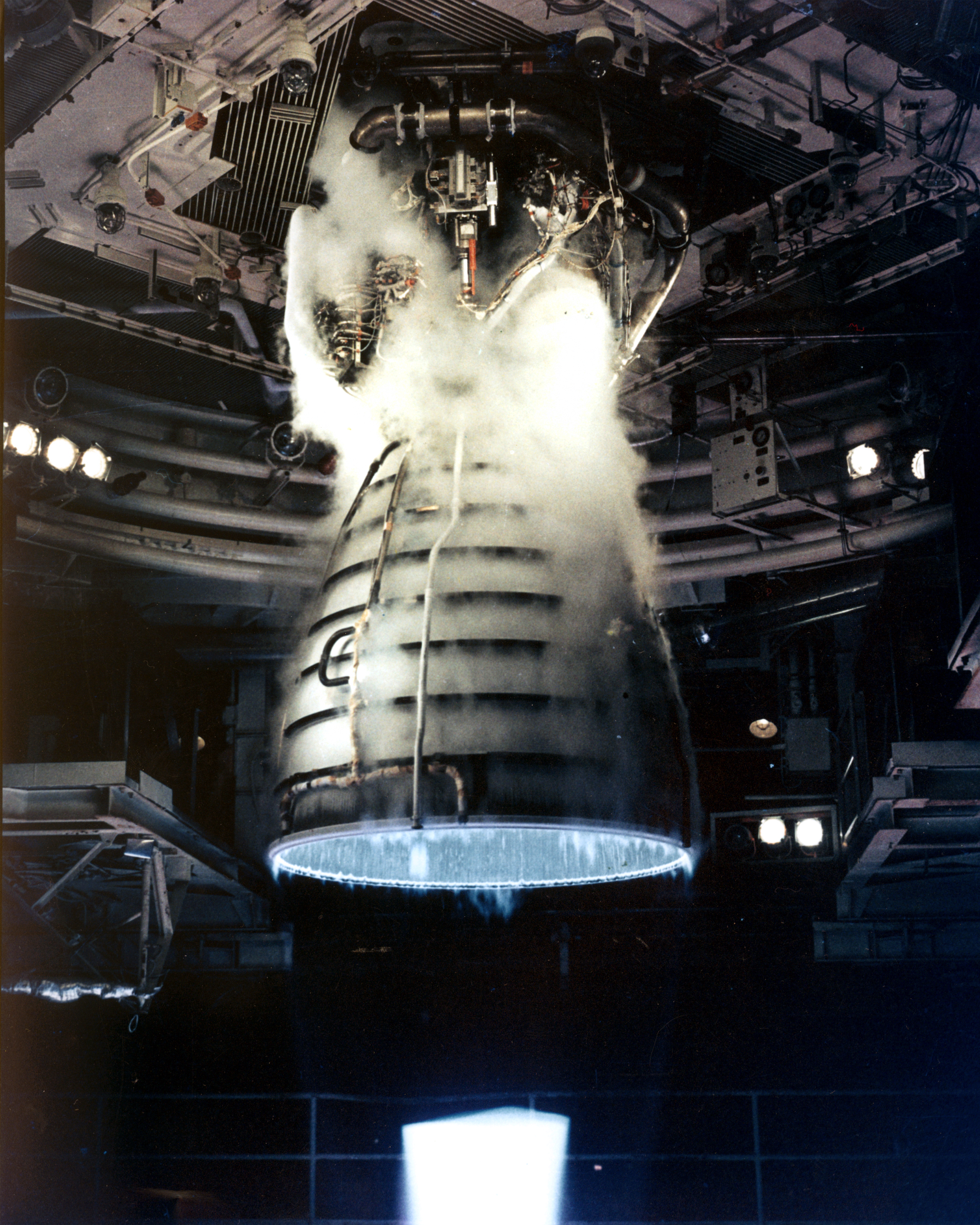 Nice clickbait to have “Star Trek Actress to Fly on NASA Mission“, but it seems that Nichelle Nichols, Uhura from the original Star Trek, will be riding on NASA’s Boeing 747 on the next SOFIA mission. SOFIA’s recent mission included observations of Pluto’s atmosphere as it was backlit by a star.

Yesterday was the one-year anniversary of Rosetta orbiting Comet 67P/Churyumov–Gerasimenko. On August 13, the comet will make its closest approach to the sun. Some of the discoveries so far include a different ratio between normal hydrogen and the hydrogen isotope deuterium than found on Earth. Comet 67P also seems to be more homogenous than expected.

The Curiosity rover celebrated its third anniversary on Mars. It has crossed Gale Crater to start ascending Mount Sharp, analyzing the rocks along the way. As of August 4, the rover has driven 6.8 miles and taken over a quarter-million photographs. So this falls under #LetsDoaScience (@SarcasticRover on Twitter) and #ILookLikeAnEngineer.

The Deep Space Climate Observatory (DSCOVR) captured “a view impossible to see from Earth: the far side of the moon as it passed between the Earth and the sun.” Almost looks like a photoshop. There’s a video, but it does crashy things to my computer.

And that is the roundup for today.

Tomorrow is the close encounter between the New Horizons spacecraft and the ninth planet. I read that this mission was inspired by the 1991 space exploration stamp series.

Stamps were 29 cents back then. Nice to know this is outdated in more ways than one.

This is a flyby like the Voyager missions, not an orbiting mission. A computer glitch a few days ago has been resolved, and more pictures are being sent back to Earth.
This is the far side of Pluto, from 2.5 million miles away.

What we know so far:
New Horizons was launched in 2006 and is moving at an Earth-relative speed of 36,373 mph. It is 31.9 AU or approximately 3 billion miles away from home, and it takes the signal four and a half hours to reach Earth.

Nix and Hydra were discovered using the Hubble Space Telescope in 2005. Even to Hubble, they appeared as points of light, and that’s how they looked to New Horizons until the final week of its approach to Pluto…Nix is estimated to be about 20 miles (about 35 kilometers) across, while Hydra is roughly 30 miles (roughly 45 kilometers) across. These sizes lead mission scientists to conclude that their surfaces are quite bright, possibly due to the presence of ice.

Other NASA craft are supporting this mission, including Cassini, Kepler, the SOFIA airborne observatory, and the Spitzer and Hubble Space Telescopes.

Because of the sheer amount of data and the number of spacecraft using the Deep Space Network, it will take a year for all of the data from the flyby to reach Earth.

New Horizons will continue on to the Kuiper Belt, heading in the direction of the constellation Sagittarius.