On the morning of December 16, 1944 the US Army held the Ardennes Forest with a thin screen line of green units and exhausted units being brought back up to strength.

Through the morning fog came the spearhead of a massive German counteroffensive, designed to blunt the Allied drive toward Germany, and eventually recapture Antwerp, hopefully destroying one or more Allied field armies, and buying time for future German weapon systems to be brought into the fight.

While some units were initially overwhelmed, and the bonds of the Anglo-American alliance were sometimes sorely tested, eventually the US Army rallied, regained the initiative, stymied the enemy drive, and heaped thousands upon thousands of casualties upon the Germans when they could least afford them.

The Ardennes, commonly known as  the Battle of the Bulge, remains the largest battle the US Army has ever fought.

The official Army history of the battle has some of the most moving portrayals of men in battle you will ever read.

So, bit of a kerfuffle last night during the debate.

Staffers on the Senate Intelligence Committee are looking into whether Sen. Ted Cruz (R-TX) disclosed classified information during the debate, according to the committee chair.

“I’m having my staff look at the transcripts of the debate right now,” Sen. Richard Burr (R-NC), chairman of the Senate Intelligence Committee, told reporters on Wednesday, according to The Hill. “Any time you deal with numbers… the question is ‘Is that classified or not?’ or is there an open source reference to it.”

While Rubio and Cruz were debating each other’s records on national security and surveillance, Cruz got into some details about what the bulk data program covers.

This will prove a handy line of attack for Clinton, and those parts of the GOP that dislike Cruz. Just one problem- the Washington Post has already written about this capability, over a year ago. 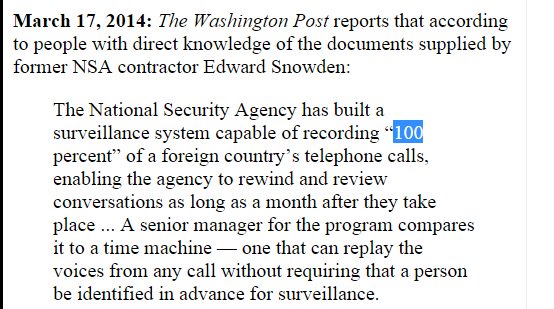 AMES, Iowa — If you think interior design is all about paint colors, fabric swatches and furniture styles, think again. Students in an Iowa State University graduate studio have propelled interior design to a place it’s never been before: the 21st century combat outpost.Students in the advanced experimental studio class created environments that support combat soldiers’ mental health and help alleviate post-traumatic stress disorder. (PTSD). Their designs balance privacy and connection, relaxation and security, meditation and activity.The 1920s cots (yes, they’re still used), standard-issue tents and hanging-poncho privacy dividers are replaced with individual spaces that soldiers can personalize and control. Communal spaces are strong and masculine; personal spaces are soft and soothing.Believed to be the only class of its kind, “In Harm’s Way: Interior Design for Modern Combat” is the brainchild of Interior Design Professor and Chair Lee Cagley.

While I can see some immediate challenges (primarily logistical) that is an interesting subject. For small units, quarters are primarily their own problem. That is, if you’re a platoon assigned to occupy and build a COP in the middle of Afghanistan, you’re not going to have a lot of engineering support. Your going to be living in tentage and maybe repurposed Conex boxes mostly.

But the major Forward Operating Bases will have plenty of support. CHU farms, and mess halls, laundries and practically every other service found on a stateside military installation are used.

There’s generally a reason why the Army does things the way it does, but that doesn’t mean it shouldn’t be willing to look outside for better ways.

Regimental Sergeant-Major Jack Chaffer, who has died aged 91, devoted his life to the Army from the day he was born a “barrack rat” in quarters at Kingston-­upon-Thames on March 6 1924 to his final retirement as a yeoman warder at the Tower of London.The son of a regular soldier, Henry Chaffer – known as Jack – falsified his age to join the Grenadier Guards at 16, and suffered his first setback on sentry duty at Windsor Castle, when he was presenting arms as King George VI walked past with his dogs. As it was a hot day, and he was wearing a steel helmet and respirator on his chest, the King suggested that he might be more comfortable if he stepped back into the shade of a buttress.

Chaffer’s commanding officer was unimpressed by his account, however, and the young man spent three days in the guard room until an equerry confirmed his story. He received a week’s leave in compensation.

Sgt. Bowe Bergdahl has been recommended for trial by general court-martial, the Army announced Monday.Bergdahl is charged with desertion and misbehavior before the enemy and could face life in prison.The case was referred to court-martial by Gen. Robert Abrams, commanding general of Forces Command and the court-martial convening authority in the case.A date for his arraignment hearing has not been announced. The hearing is expected to take place at Fort Bragg, North Carolina, where FORSCOM has its headquarters.

Good. Of course, it is by no means a slam dunk case. And the political shouting surrounding the case might raise some interesting defense issues about undue command influence.

The classic 40mm Bofors cannon was clearly obsolete versus high speed jet aircraft by the 1950s. The Royal Navy could ill afford to equip most of its fleet with expensive, and large, guided missile systems such as the Sea Slug missile system. So Shorts Brothers developed the lightweight, relatively inexpensive SeaCat missile system in the early 1960s.

A small, lightweight, subsonic missile using Command to Line of Sight Guidance, SeaCat could be mounted on just about any warship, and was for many Royal Navy ships the only air defense aboard. The gunner used a set of binoculars on a pedestal mount to track the target, and the guidance system relayed steering commands via a radio link.  Theoretically, as long as the gunner kept the target within the crosshairs, the missile would guide to the target.

It was also widely exported to the usual British client states.

In reality, the system, while very reliable, was not terrible capable. During the Falklands war in 1982, out of over 80 SeaCat firings, only one Argentine Skyhawk was brought down. Interestingly, the Argentinians also used SeaCat and its land based variant, Tigercat, though they scored no kills.

I enjoy her early work. And she’s certainly got a way with fashion.

And it wouldn’t be complete without the infamous meat dress.