If I’d known you were coming, I’d have baked a cake. 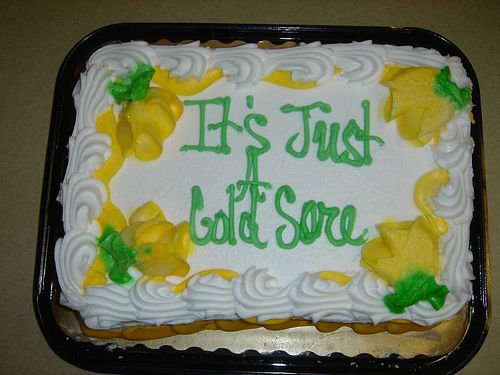 Hitting a target at 1000 yards is pretty impressive. Doing it offhand (standing, for you civvies) is unheard of.

Knowing what you know now, what would you do had you the choice?

The company is modifying the Ground-Launched SDB so it can be operated from systems such as the M270 Multiple Launch Rocket System (MLRS), using a rocket motor to gain enough altitude and speed to deploy its wings and glide to the designated target.

Jeff Ayers, Boeing director of cruise missile systems, said the variant was attracting early interest from potential customers and the company was looking to carry out a demonstration next year.

‘One of the concepts we have been working in the weapons factory is taking a booster and applying it to SDB. It is a really fascinating capability – whereas typical MLRS systems follow a ballistic trajectory, in this particular case you are launching an SDB to the altitude you want and then you can fly a trajectory to the target,’ Ayers said.

Well, there’s an interesting idea. And if you can mate an autonomous anti-radiation seeker, you’d have a nice SEAD/DEAD* weapon.

For those who don’t know, see here.

Approaching asteroid 1998 QE2 has a moon. Researchers found it in a sequence of radar images obtained by the 70-meter Deep Space Network antenna at Goldstone, Calif., on the evening of May 29th (May 30th Universal Time) when the asteroid was about 6 million kilometers from Earth.

via Approaching Asteroid Has Its Own Moon – NASA Science.

I saw the headline for this and did a double take. Okay, so it’s a binary asteroid.

Makes me think of the Tweety and Sylvester cartoon with the great big bulldog and the little yap dog that followed it around. “Huh, Spike, huh?”

In other asteroid news, the Wide-field Infrared Survey Explorer (WISE) has identified 28 new families of asteroids, for a total of 76 families. They basically look at what asteroids could have come from a larger parent body, with similar composition, light reflection, and orbit.

A very good documentary on a diving expedition to try and explain the loss of battle cruisers Invincible, Indefatigable, Queen Mary, and armored cruiser Defence at Jutland on 31 May 1916.   There has been much written about the fragility of Jackie Fisher’s battle cruisers, his fast “cats”, where at Jutland the Royal Navy suffered devastating explosions from relatively little damage, while their High Seas Fleet counterparts absorbed frightful punishment but still managed to limp home to the Jade.

A myth surrounding the loss of these vessels was that German shells slammed into the ammunition magazines, piercing the too-thin armored plate and detonating massive explosions in each which blew the large ships apart.   Far less publicized is the reputation of the Royal Navy and her sailors for flagrant disregard for safety in the handling of cordite propellant.   Cordite in open spaces, the failure to close flash doors between handling rooms and turrets, possibly in order to increase rates of fire of the main batteries, were common practices.  A good summation of the highly dangerous practices, and the foolhardy risks such practices entailed, is provided beginning around 36:00.

As an artilleryman, I have been responsible for burning powder countless times.  The flames from a football-sized powder bag will often burn three or four meters high, and produce intense heat.  (See video.)  And those bags are miniscule compared to the propellant charges of a medium or large naval gun.   Once exposed propellant had been ignited belowdecks on those vessels, there was nothing to stop it, nor any way for sailors to get away from it.

Twenty-five years after Jutland, almost to the day, the Royal Navy’s greatest warship, 42,000-ton battle cruiser HMS Hood, exploded and sank after a strike from Bismarck’s 15″ guns.  Like her sisters a generation earlier, she did not succumb to the detonation of a projectile magazine, but with the roaring furnace of propellant spelling her doom.

Worth the viewing.  And thinking about the importance of battle drills.  And the integrity of senior Officers.

The NAVAIR ones are easier.