CDR Salamander has an excellent post on the way the Navy is throwing away a vital electronic intelligence capability. An old girlfriend of ours went into the EP-3 community, and the Navy, in its wisdom, after spending a gazillion dollars to train her, pushed her out for “savings.” Why do I suspect any notional cost savings achieved by trimming the VQ/VPU community will be dwarfed by cost overruns in studying to death its replacement by a “system of systems?” 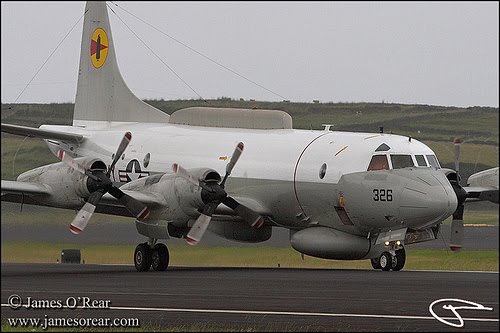 Sal also touches on another sore point of mine. The Navy, particularly the aviation community, hates to see any potential command slots disappear. The command structure, particularly in the VP community is bloated. As for the Hornet community, we’re seeing the same number of squadrons deploy on a carrier, but with far, far fewer aircraft. Time to merge squadrons.

A sobering look at a sad duty. Most of us have a fair idea of what happens to a soldier when he falls in combat, and the way they are brought home. Here’s a brief look at what happens to their personal effects. I’ve only had to box up one soldier’s belongings. That was one time too many.

Lex takes a look at the Air Force’s plan to bypass the acquisition monstrosity to buy a new bomber. He’s not impressed. Neither am I. The current rules for major program management were designed to provide oversight to lower technical risk, impose strict cost accountability, and focus on achieving capabilities.  The rules are a complete failure. But rather than working with Congress  to provide some sanity to the process, the Air Force is looking to just ignore them. While the process used for the MC-12W program was very quick, cheap, and relatively easy, as Lex notes, that’s a completely different ballgame than designing an entirely new plane. As a side benefit, when you start talking about the sums of money involved in something like a new bomber program, Congress isn’t going to like it if the Air Force tries to go their own way and not play by the rules. While there is a lot of waste involved whenever Congress starts picking and choosing winners in defense contracting, Congress really does have a duty to oversee program management. And given the utter disaster that the Navy and the Air Force have made of programs such as the JSF and LCS (both programs where Congress pretty much handed over the money and said “good luck”), I think Congress needs to be a bit more skeptical of the services claims.

Theo Spark brings us the pic o’ the day:

Did you remember to scroll down and check out Load HEAT?