The Old AF Sarge’s Friday Flyby post this week features the Jolly Green Giants- Air Force helos dedicated to retrieving downed aircrews behind enemy lines.* This Combat Search and Rescue (CSAR) has long been seen as critically important- if you’re shot down and alone behind enemy lines, the service will keep the faith with you, and do everything in its power to bring you home.

And the proud history of the Jollies lives on today, in the form of the HH-60G PaveHawk and its crews.

The problem is, the PaveHawk has been around for 30 years of hard use, and they’re falling apart. Indeed, of an initial purchase of 112, only 99 remain, and they’re effectively at or beyond the planned 7,000 hour service life, and many are suffering from cracks and other fatigue problems.  Further, while the PaveHawk was state of the art when purchased (compared to say, a UH-1 Huey), it has a relatively short range, and limited payload and cabin space.

This isn’t a problem that has cropped up overnight. The Air Force about a decade ago decided to start shopping around for a replacement for the PaveHawk, just as some very capable helicopters started to enter production in both the American civilian and European military markets. Examples of these capable new aircraft included the Sikorsky S-92, the Augusta/Westland EH101, improved versions of the CH-47 Chinook, and as an outside chance, the Eurocopter EC725.

And so the Air Force went about holding a competition to replace it’s old PaveHawks with a newer, more capable helicopter. The details of that competition are far, far too involved to delve into in a simple post. In the end, Boeing’s offer of a modified version of its MH-47G Special Operations helicopter for the Army, itself a modified version of the CH-47F just entering production then, won the competition. The HH-47H was a great choice. It was a large, powerful, long-ranged aircraft with plenty of room, and capacity for growth. It’s basic design was already in production, and most of the special equipment would also be shared with the Army’s MH-47G fleet, driving down unit costs. The volume of spare parts in service would also be leveraged to drive down lifetime operating costs. Most importantly, it was the most capable platform for the mission.

Immediately, the losing bidders protested the decision to the GAO.  Years passed, and eventually, the GAO said the process was indeed flawed. Note, the GAO didn’t say the HH-47H wasn’t capable, or that the competitors entries were better. Merely that the bidding process was flawed. All this before sheet metal had been cut on a single bird. And at the cost of hundreds of millions of dollars to the government, all while the PaveHawk fleet was getting older and older.

Eventually, the Air Force was forced to simply cancel the contract to Boeing.

The aging of the PaveHawk fleet has gotten so bad the Air Force has been forced to buy the occasional UH-60M off the Army’s production line, and refit it with special equipment from an older PaveHawk simply to keep the minimum fleet available.

At any event, the Air Force announced the CSAR/X program was dead. And then immediately announced a wholly new program, the Combat Rescue Helicopter or CRH. Not surprisingly, the basic needs for the program looked an awful lot like the CSAR/X program. Something bigger, newer and longer ranged than the HH-60G.

Because of the way the solicitation was written, and various market factors, the CRH program has forced most of the “usual suspects” to either drop out, or not even bother bidding in the first place. In effect, the program is a sole source contract for the Sikorsky S-92 helicopter.

The only problem is, in the age of the sequester, the Air Force is struggling mightily to find money. It’s something of a given that almost anything will be sacrificed upon the altar of the F-35 program. Second only to that is the KC-46 replacement tanker program. As it stands, the Air Force has basically told Sikorsky “fine, you win…” but as of now, there simply is no money to buy any aircraft.

The entire fiasco is an indictment of our flawed procurement process. It surely seems to me that back in the days of duplication and fraud, waste and abuse, the services certainly seemed to be able to buy more systems with less development times, and at less risk than today.

*Note, this mission is separate and distinct from the Air Force Special Operations for inserting and retrieving special operations forces. Different environments, different missions, different doctrine, and different training. To some extent, there is some crossover, but there has always been good reason to keep them distinct.

The original VXX program to replace the Presidential helicopter fleet became such a boondoggle, and object lesson on gold-plating and a failure to reign in requirements that a simple order of a relative handful of helicopters bloomed to a potential $13 billion program. That’s roughly on a par with the entire Navy shipbuilding budget for one year (though VXX would have been spread over several years) and as such was completely unrealistic. The basic “green” helicopter airframe wasn’t so bad. There were extensive costs involved in adapting a European airframe to US standards, but nothing insurmountable. The real problem came because the buyer, the US Navy, also had to represent the end user, the White House, and between them, they failed to properly define exactly what communications systems the aircraft needed.  It’s one thing to require secure Video Tele Conferencing on the Air Force One, when the President may be airborne for hours. But does he really need that on his helicopter? And a full galley for hot meals?  I think the President can get by with a thermos and a sammich for half an hour. In the reborn VXX program, the Navy has written a much more tightly defined set of requirements. But the method by which they’ve written them, and the scoring method set, has, as a practical matter, excluded all but one contender. The point of a competition is supposedly to avoid the issues of a monopoly supplier. But now there are concerns that Sikorsky will simply walk away with the program.

The U.S. Navy program to find a replacement for the “Marine One” Presidential helicopter is looking set to become a one-horse race following the withdrawal of AgustaWestland and Northrop Grumman.

The two companies had partnered to offer the AW101 three-engined helicopter for the VXX requirement to replace the aging fleet of Sikorsky VH-60 Whitehawks and VH-3 Sea Kings, but have decided to withdraw after analyzing the request for proposal documents.

In statement to Aviation Week, an AgustaWestland spokesman said: “After a comprehensive analysis of the final RFP, dated May 3, 2013, we determined that we were unable to compete effectively given the current requirements and the evaluation methodology defined in the RFP.

The S-92 was probably the leading contender anyway. Boeing’s two possible entries, the H-47 and the V-22, were really non-starters from Day One. And it’s hard to see how the AW101/VH-71 could be a realistic contender after the debacle of buying several green airframes, only to cancel the program, and sell them to Canada for spare parts at pennies on the dollar. 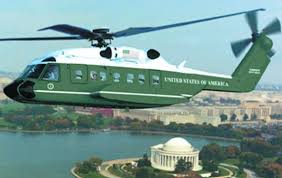 Separate from, but simultaneous with the VXX program has been the Air Force’s CSAR-X program to replace its Combat Search and Rescue helicopters. The Air Force fleet of HH-60G’s is old, has limited capabilities, and has shorter range than the Air Force needs. For over a decade, the Air Force has sought to buy up to 121 helicopters to renew their fleet. And while the answer to the Air Force prayers is, to most disinterested observers, a no brainer, politics and the maze of procurement regulations have hampered the Air Force from actually buying any aircraft.

The obvious answer for the Air Force was to piggyback on  the Army’s MH-47G special operations helicopter program, which would have given them a very modern, very long range, very capable aircraft, with the added benefit that the Army had already paid most of the bills for development. And let’s not forget the economies of scale of having hundreds of Chinooks already in service, in terms of training, spare parts, and a robust depot level maintenance system.

And that’s pretty much what the first CSAR-X contract did, awarding the buy to Boeing and the HH-47. 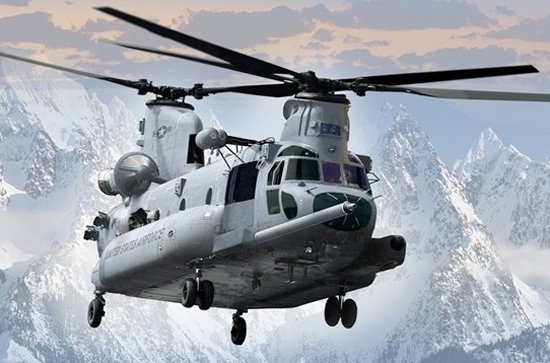 But the complexities of the procurement laws, and strong congressional support for constituent companies, meant that protests in court and the GAO led to the cancellation of the contract, and having to restart the entire program from scratch. Basically, we’ve poured hundreds of millions of dollars, perhaps billions, down the drain. And the program requirements have been rewritten so that in effect, the only possible winner is the Sikorsky S-92. The other companies won’t even bother to compete.

Now, the S-92 isn’t a bad helicopter, really. It’s been something of a disappointment in terms of sales, and not without its problems, but it isn’t exactly a disaster.  But we’ve gone from a procurement system that provides the services with the best aircraft for the mission, with rules in place to prevent fraud, waste and abuse, to a system that protects the contractors over the customer. It’s insane.

As an added bonus for Sikorsky, the Air Force also desperately wants to replace its fleet of ancient UH-1N Hueys that provide support to ballistic missile sites. Their first plan, to simply buy UH-60s directly from the Army (rather than from Sikorsky) was shot down. Now, the S-92 is on the fast track to securing that mission as well, boosting the numbers bought.

There was a time in the not very distant past when the Air Force bought pretty much whatever aircraft the Chief of Staff said to buy. That’s something of an oversimplification, but not by much.

Today, we’ve reached a point where the concern for “fairness” has led to the Air Force, and Navy, being almost unable to buy any aircraft unless it’s a part of a Joint-Multinational program that involves every defense contractor and damn near every congressional district.