Which, they did a fine job of it, but never liked it. The most common attack employment of the Vought F-8 Crusader in attack was as flak suppression for Alpha Strikes over North Vietnam. But the preferred mission for Crusader drivers was always and ever hunting MiGs.

I’ll admit I never knew about the Shrike tests. And I can guess that the ‘sader guys were quite happy they never got tasked for the Iron Hand mission.

Great video on Air Force and Marine Forward Air Controllers in Vietnam, with O-1s, O-2s, and OV-10s. There is good gouge on the shadowy Raven FACs and the operation to recover Bat 21. The only thing missing is coverage of the Army’s O-1 operations. It’s long, so just bookmark this for later tonight. 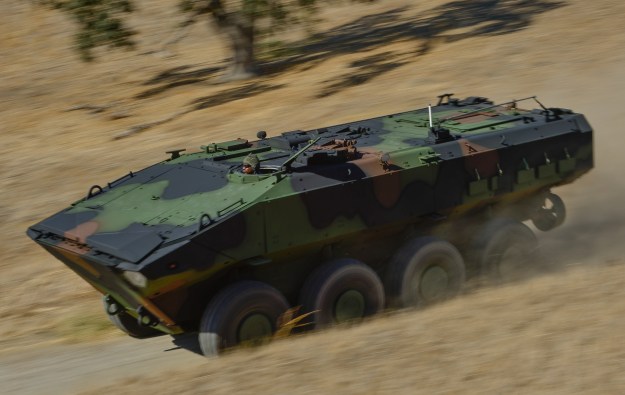 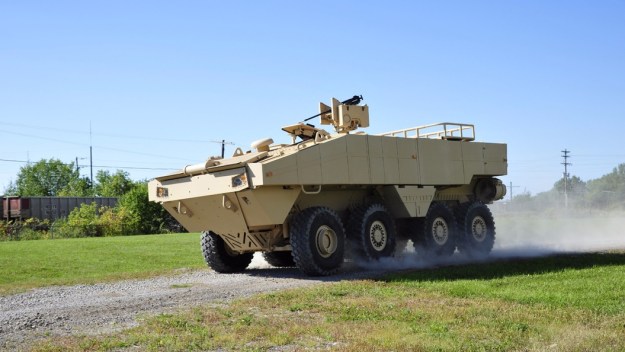 Well, Britain says they will.

Rear Adm. Keith Blount, who is responsible for delivering the two 65,000 ton ships, said that using Marine aircraft and pilots to bolster the U.K.’s nascent carrier strike capability would be a natural extension of coalition doctrine.

“We are forever operating with allies and within coalitions. It’s the way wars are fought”, the Assistant Chief of Naval Staff (Aviation, Amphibious Capability and Carriers) and Rear Adm. Fleet Air Arm told an audience at the DSEI defence exhibition in London on Wednesday.

That’s not to say there are planned rotations of USMC F-35 squadrons deploying. 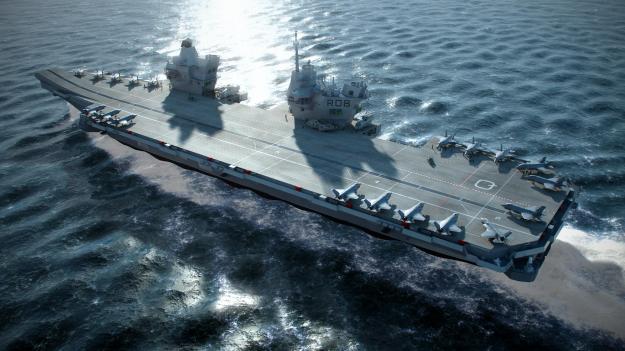 At first blush, it makes some sense. The two Brit carriers are being designed with the F-35B in mind, and the British version is essentially identical to the US version. So interoperability shouldn’t be a major technical issue.

While Blount painted the co-operative arrangement in positive terms, it will disappoint critics who believe the U.K. government should provide the R.N. and Royal Air Force (RAF) with sufficient resources, in both aircraft and manpower, to regenerate the country’s carrier air wings independently.

Operating a squadron from a particular ship involves far more than simply flying the jets aboard. The entire squadron, its maintainers, it admin types, and support staff have to move aboard, not to mention the spare parts and jigs and maintenance equipment. The linguistic and cultural differences between the US and the RN are sufficient to make that integration something of a challenge.

The US has routinely practiced “cross decking” with just about everyone who has a carrier, allowing them to trap aboard our ships, and either trapping or doing touch-and-goes on theirs. But that’s a far cry from actually deploying aboard.

To the best of my recollection, the US hasn’t actually deployed a squadron from a foreign ship.

On the other hand, the British ships have a bar and serve beer, so I’m sure there will be extensive and enthusiastic support from at least some elements of Marine Air to give it a shot.

Earlier today, as expected, GEN Dunford declared that VMFA-121 had achieved Initial Operational Capability, essentially the entry of the jet into real service.

In a milestone for the F-35 joint strike fighter, the US Marine Corps today declared the F-35B jump-jet model to have achieved initial operational capability (IOC).

The news means that the Marines consider the F-35B model – one of three designs of the multi-role fighter — to be an active plane that can perform in operations the same way any other active aircraft in its arsenal can.

The plane was declared operational by Gen. Joe Dunford, the outgoing Marine Corps commandant — and incoming Chairman of the Joint Chiefs — in a July 31 announcement.

“I am pleased to announce that VMFA-121 has achieved initial operational capability in the F-35B, as defined by requirements outlined in the June 2014 Joint Report to Congressional Defense Committees,” Dunford said in a statement. “VMFA-121 has ten aircraft in the Block 2B configuration with the requisite performance envelope and weapons clearances, to include the training, sustainment capabilities, and infrastructure to deploy to an austere site or a ship. It is capable of conducting close air support, offensive and defensive counter air, air interdiction, assault support escort and armed reconnaissance as part of a Marine Air Ground Task Force, or in support of the Joint Force.”

Of course, IOC is a starting point, not an end. Every new platform has a steep learning curve associated with it. All the testing prior to this is conducted by the contractor, and the various test establishments of the services. The Fleet Replacement Squadron, commonly called the RAG, has focused on training aircrew and maintainers to operate the jet, while also beginning to serve as the tactical schoolhouse. But until the squadrons in the fleet actually get out there and start using the jet, it is difficult to really determine how best to operate and maintain it.

There will be bad news in the future, and stories of challenges and failures. Guess what? That happens with every single aircraft, vehicle, ship, radio, rifle, you name it.

We still maintain that the Marines insistence on STOVL capability has compromised the end product, and certainly driven the cost of the program much higher than it should have been.

But we also think the F-35 program as a whole will eventually field a capable attack platform with credible survivability in defended airspace.
[youtube https://www.youtube.com/watch?v=uyU1JPWQFNg]

Well, that’s interesting. In contravention to regulation and federal law, at least two servicemembers, including the commanding officer, were in possession of weapons, and fought back against the Islamist terrorist who attacked both a recruiting station and NOSC Chattanooga. During his assault which killed four Marines and one Sailor, at least one Marine carried a Glock pistol, and the NOSC commander, LCDR Timothy White possessed a weapon, and exchanged fire with the assailant.

Per the New York Times:

Pistols versus an AK style rifle and shotgun isn’t a fair fight, but it’s far better than nothing.

The question now is will the chain of command honor LCDR White for his valor, or denounce him for violation of regulations?

This is the view of the self-appointed Secular Progressive Liberal Elite.

Damn them all.  And those Republicans who enable them.

This murderer is representative of all white people, and white people should feel responsible for his actions, because we all secretly want to murder black people.

This murderer’s motive were unclear, but they are certain he is not representative whatsoever of Islam, and anyone thinking otherwise is Islamophobic, and should be ashamed of themselves for thinking so.

Got it?  Easy enough.

LtGen Robert Neller has been nominated to succeed Joe Dunford as the 37th Commandant of the Marine Corps.  Neller has more than 40 years of USMC service, has commanded at every level, and has plenty of combat experience.  He was also a semi-feared Captain Tactics Instructor some 29 years ago when Yours Truly was a Second Lieutenant at The Basic School.  He commanded the famous Sixth Marine Regiment in the late 1990s, and at his change of command spoke emotionally and eloquently of the traditions of our Corps, including the grim battle of Belleau Wood, where his 6th Marines (along with the 5th Marines) would win their distinctive fourragére with the famous Marine Brigade in 1918.

He is also a grunt, heart and soul.  It has always been my opinion that the Marine Commandant ought to be an 0302 Infantry Officer.  The infantry is the backbone of our Corps, with every other MOS existing to support the ground-pounder.  No artillerymen, no tankers, no amtrackers.  Certainly no aviators.  Rob Neller certainly fills that requirement.

Semper Fidelis, and Godspeed, LtGen Neller.  Guide our beloved Corps through what are sure to be hard and challenging times.  Have us come out the other side as United States Marines, Marines that could fight and win Guadalcanal or the Chosin Reservoir, or Hue City, or Ramadi, if the nation required it once again.