Critics of the F-35 went bonkers when David Axe posted about one isolated test flight where the F-35 had issues maneuvering against an F-16.

Of course, that’s based on an assumption that future air combat will be conducted in a manner similar to the dogfights over North Vietnam in the 1960s and 1970s, where fighters maneuvered hard to get into a narrow cone behind their opponent, and a visual ID was required before engaging. The caterwauling over the lack of a permanently installed gun on the Marine and Navy versions also leans heavily on the assumption that modern air to air missile will work just about as well as their 1960s counterparts.

Guess what? Times change. Pull out your cell phone. Look at it. How many of you have a 6th generation iPhone or Galaxy? It’s pretty incredible, right? A tad more advance than, say, this:

Why would you assume that phones improve, but air to air missile technology doesn’t?

And the assumption that future air to air tactics will be like those of Vietnam also ignores (willfully and studiously) the fact that the Navy and the Air Force used the lessons of Vietnam to fundamentally change our entire approach to air to air warfare.

Here’s a homework assignment- watch all four of these videos. It’s about 40 minutes.

Wigs is one of the most respected fighter pilots to come out of the Tomcat community.

And here’s Bio, another highly respected member of the community.

When I joined my first F-14 squadron in 1981 (VF-24), the A-model was still relatively new and some US Navy squadrons were still flying Phantoms. The potential threats that we most often trained for were the MiG-17 and MiG-21, which were not match of a threat beyond visual range (BVR), but could be a handful if you got engaged within visual range (WVR). Since we always expected to be outnumbered, and with the lessons from the air war over Vietnam still fresh, we spent a lot of our training fuel and time on ACM – air combat maneuvering, or dogfighting.

When we started to get serious about the threat, especially when the AA-10 Alamo arrived, we realized we had to employ AIM-54s against enemy fighters. So of course we began to train with them. I think the capability was in TACTS all along, we just never used it. Fortunately the Navy introduced the AIM-54C in 1987, when we really needed it. The Charlie corrected many shortcomings of the Alpha, in both outer air battle and closer-in tactical environments. With its long motor burn time, large warhead, and radar improvements, the AIM-54C was a tenacious missile. Again, it is too bad it doesn’t have a combat record.

One of the coolest visuals I remember was from TACTS debriefs at Fallon, when a division of Tomcats launched AIM-54Cs against simulated Fulcrums at 30-plus miles. A few seconds after launch the debriefer rotated the view from overhead to horizontal, and there were four Phoenixes performing their trajectory-shaping climbs. AIM-54s were not 100% kills, but they sure started to reduce the threat as scenarios developed.

Air combat has changed in the 40 years since Vietnam.  The single most common tactic in air to air combat today, world wide, is the “in your face” long range Beyond Visual Range radar guided missile shot.

That means that the key to success in air to air combat is seeing the other guy before he sees you, and having a weapon that can exploit that sensor advantage. The APG-81 AESA on board the F-35, coupled with off board sensors such as E-3 Sentry or E-2 Hawkeye, will give the F-35 an increased probability of “first look” while the relatively stealthy airframe will delay an opponent the chance to lock up.

Am I still critical of the F-35 program? You bet. The decision to give the Marines a supersonic jump jet drove just about every aspect of the design of all three variants, and imposed compromises and costs that have greatly hampered the entire program. But that doesn’t mean the jet is an utter catastrophe.

Every fighter program is always criticized. You may not recall this, but the newspapers just about ran out of ink writing articles about what expensive disasters the F-14 and F-15 were. How’d that work out? 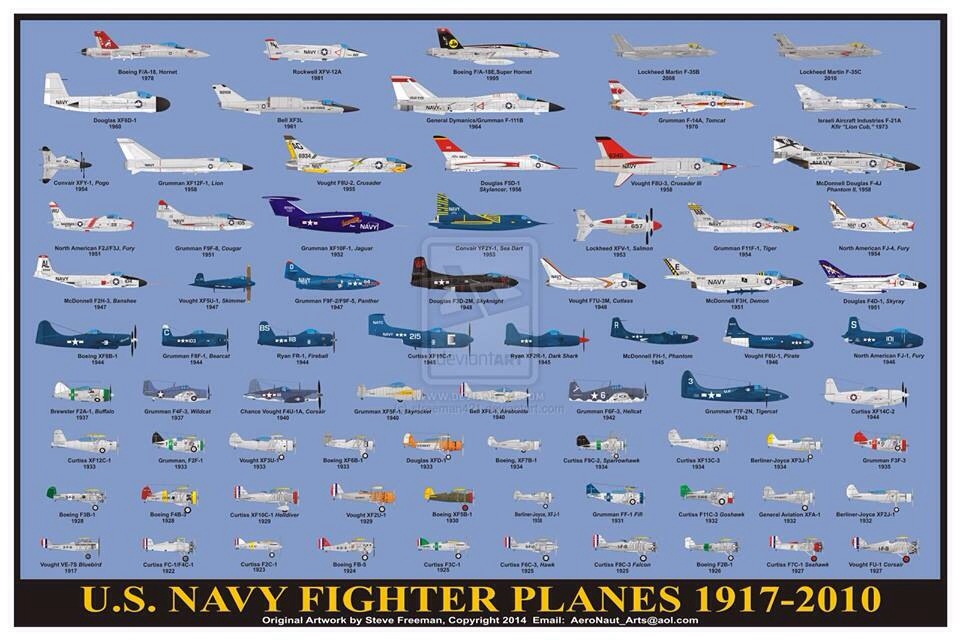 The legendary F-8 Crusader served with the Aeronavale from 1964 (trails starting aboard Clemenceau in 1962) to 2000.

The Aeronavale used the F-8E(FN) initially. The FN had the fire control system modified to carry the Matra R.530 missile (in addition to the Sidewinder). In addition the wing incidence angle was increased from 3 to 5 degrees to accommodate operations from the decidedly smaller aircraft carriers.

Later in service 1979, the FN was upgraded to the standard F-8J with a modified afterburner and J model standard wing. The R.550 missile was also added. Later again in 1989 17 F-8E(FN) were modified to the F-8P (P for prolonge) with rewired electrical and hydraulic systems and the addition of a radar warning receiver.

The Crusader served in many French military operations in the Mid East and Africa. One of the more unusual incidents took place over Djibouti in 1977 (from Wikipedia):

On 7 May 1977, two Crusaders went separately on patrol against supposedly French Air Force (4/11 Jura squadron) F-100 Super Sabres stationed at Djibouti. The leader intercepted two fighters and engaged a dogfight (supposed to be a training exercise) but quickly called his wingman for help as he had actually engaged two Yemeni Mikoyan-Gurevich MiG-21s. The two French fighters switched their master armament to “on” but, ultimately, everyone returned to their bases. This was the only combat interception by French Crusaders.

Here are some early pictures of the F-8 in Aeronavale service: The Aeronavale Crusader also took part in the NATO’S air war over Kosovo in 1999. Here are some pictures of the F-8 from that cruise: A long period of service for a great airplane.