One of our earliest posts here was an explanation of HEAT rounds ands Sabot. Those, of course, aren’t the only possible projectiles for a tank main gun, but they are the primary anti-tank rounds.

Our friends at Think Defence reminded us of another approach, popular in the 1950s. 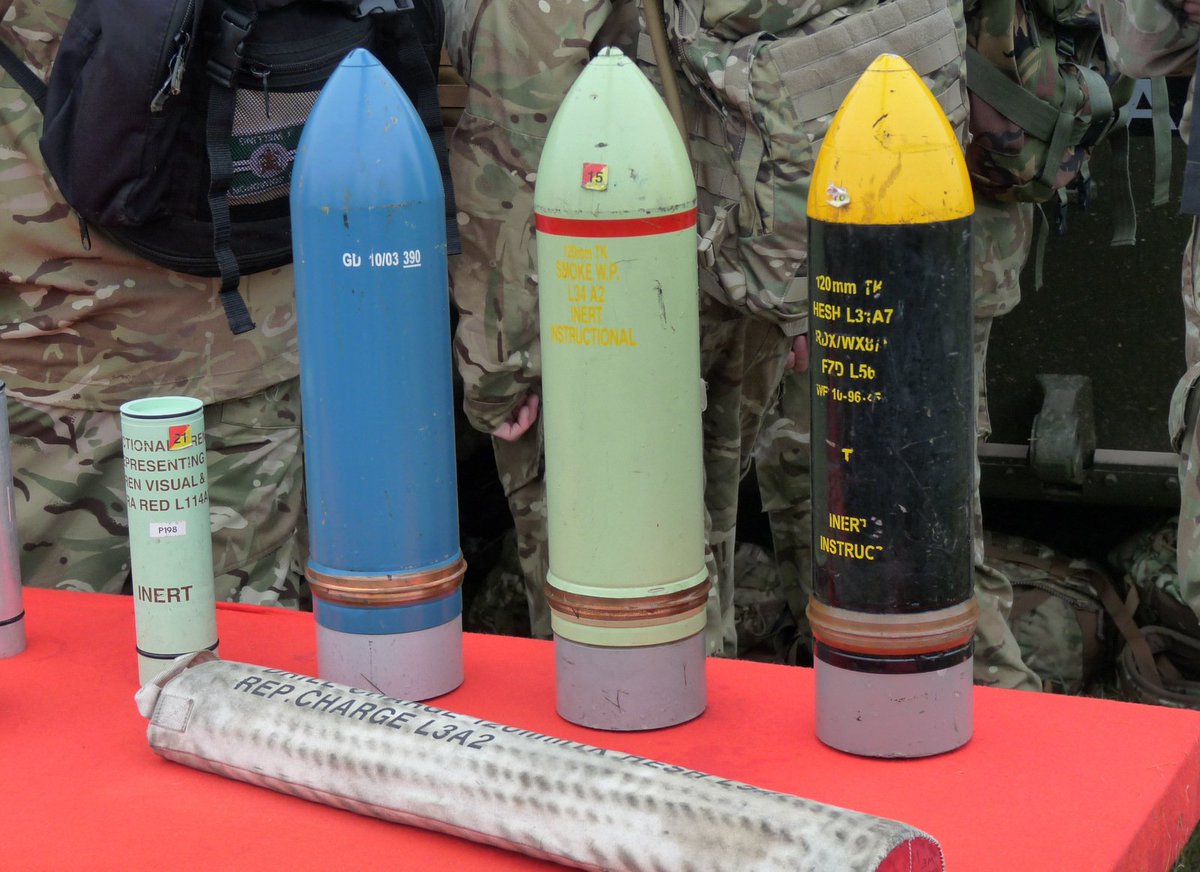 HESH, High Explosive Squash Head, also known as HEP, or High Explosive Plastic, was a round that was simply a big old lump of plastic explosives in a very thin walled container.  When the round struck armor, it would not penetrate at all. Rather, it would squash up against the armor, flattening out. A slightly delayed fuse in the base of the projectile would then detonate the charge.

The shock of the blast would not blow a hole in the armor. It would, however, cause sheering stresses on the far side of the armor, resulting in spalling. That is, parts of the interior surface of the armor would break off and fly about the inside of the vehicle at high velocity, either incapacitating the crew, or setting off ammunition or other flammables.

The only routinely fielded HESH round in the US Army was a very low velocity round for the 165mm demolition gun on the M728 Combat Engineer Vehicle, where it was used for reducing obstacles.