Most folks recall the Soviet Union’s answer to the American Space Shuttle program was a clone, called Buran (Blizzard). It only made one unmanned flight, of about 2 hours and two orbits, before landing. The program collapsed along with the Soviet Union.  The entire program, the infrastructure, and the shuttles were simply abandoned. 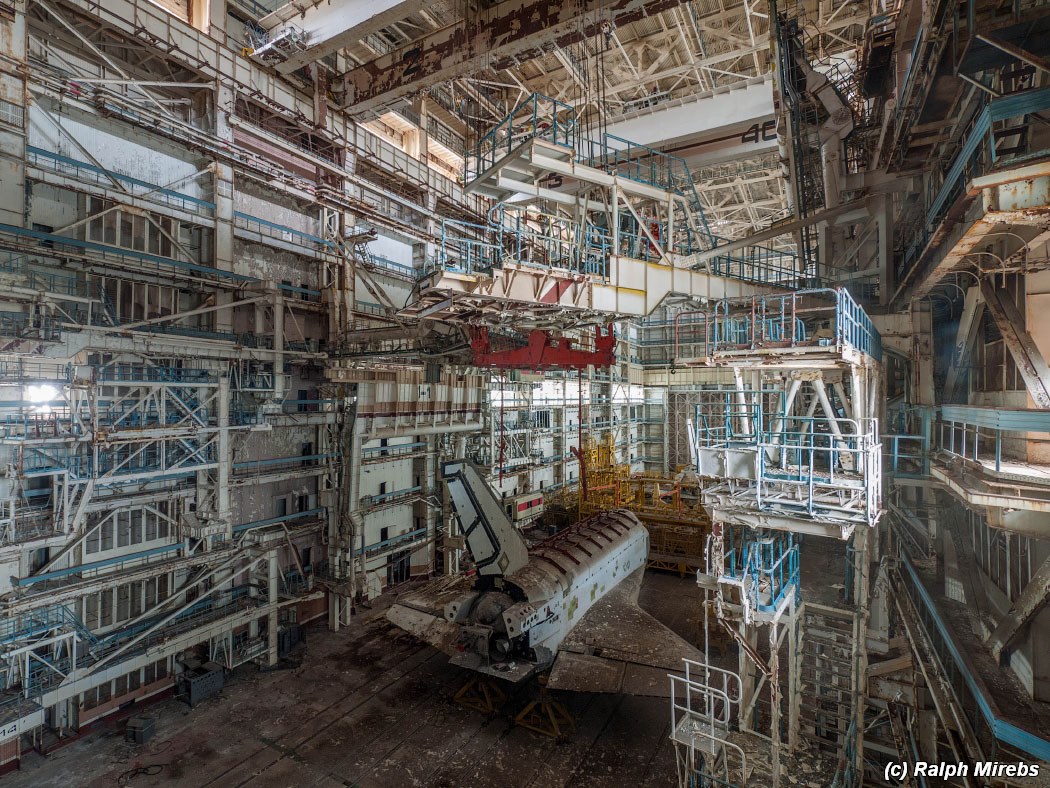 Ken tipped me to this. It’s in Russian, but it’s mostly a photo essay, so that’s not really a hurdle. The pictures must have been taken before 2002 because the building collapsed then, killing 8 and destroying the vehicles.