On this day in 1987, the USS Stark (FFG-31) was operating in the Persian Gulf near the exclusion zone declared because of the ongoing Iran-Iraq War. An Iraqi Mirage F1 launched two Exocet anti-ship missiles at the Stark. Both impacted the port side of Stark. The first failed to explode, but flaming fragments of its unburned propellant ignited fires. The second missile’s warhead exploded. 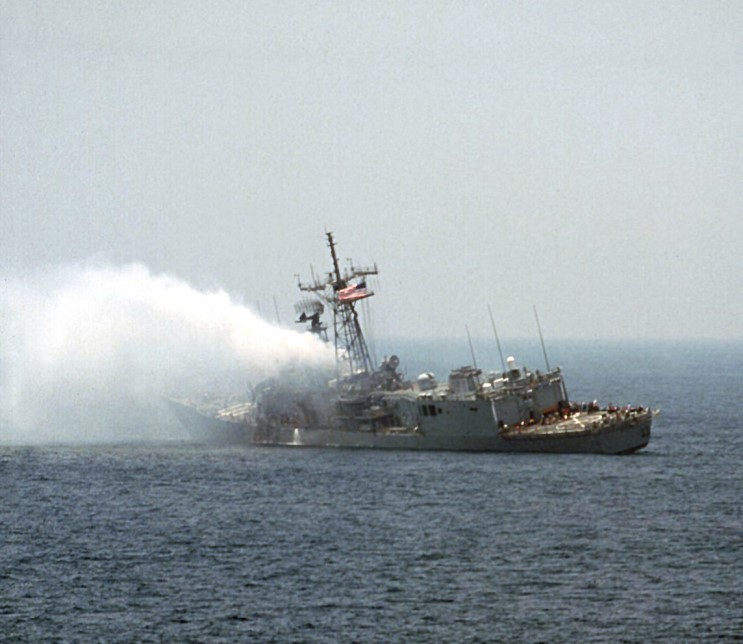 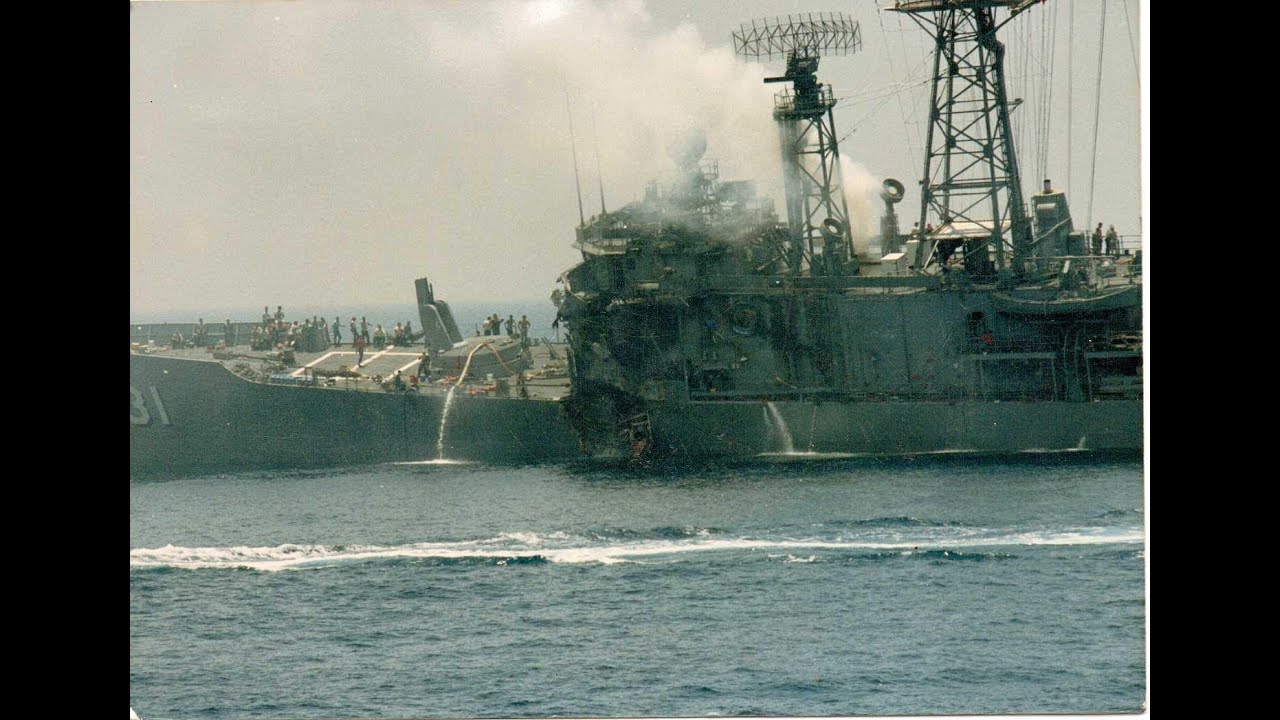 The Stark was badly crippled. It would take 24 hours to extinguish the blaze. 37 American Sailors died, and a further 21 were injured.  The Stark’s captain, Captain Glenn Brindel, would be relieved of command for failure to defend his ship. He shortly thereafter retired.

The Stark would limp under her own power to Bahrain, where she underwent temporary repairs alongside the destroyer tender USS Acadia (AD-42).

She would then travel to Pascagoula, MS for her definitive repairs.

After repairs, Stark rejoined the fleet until her decommissioning in 1999, and scrapping in 2006.

The Stark was non-mission capable after the attack. But she should have been a loss. The sterling damage control efforts of her crew were very closely studied by the Navy. Many lessons had been learned from the loss of HMS Sheffield in the Falklands, and had been incorporated into US Navy damage control training. And those lessons, as well as new lessons learned the hard way aboard Stark would be further tested in later years, notably aboard USS Princeton, USS Tripoli, and USS Cole.

Update: Here’s the report from the investigation.

11 thoughts on “The USS Stark”