If Texas A&M head football coach Kevin Sumlin was looking for an alternative way to bring his players together, he may have found the perfect way to do just that on Thursday. 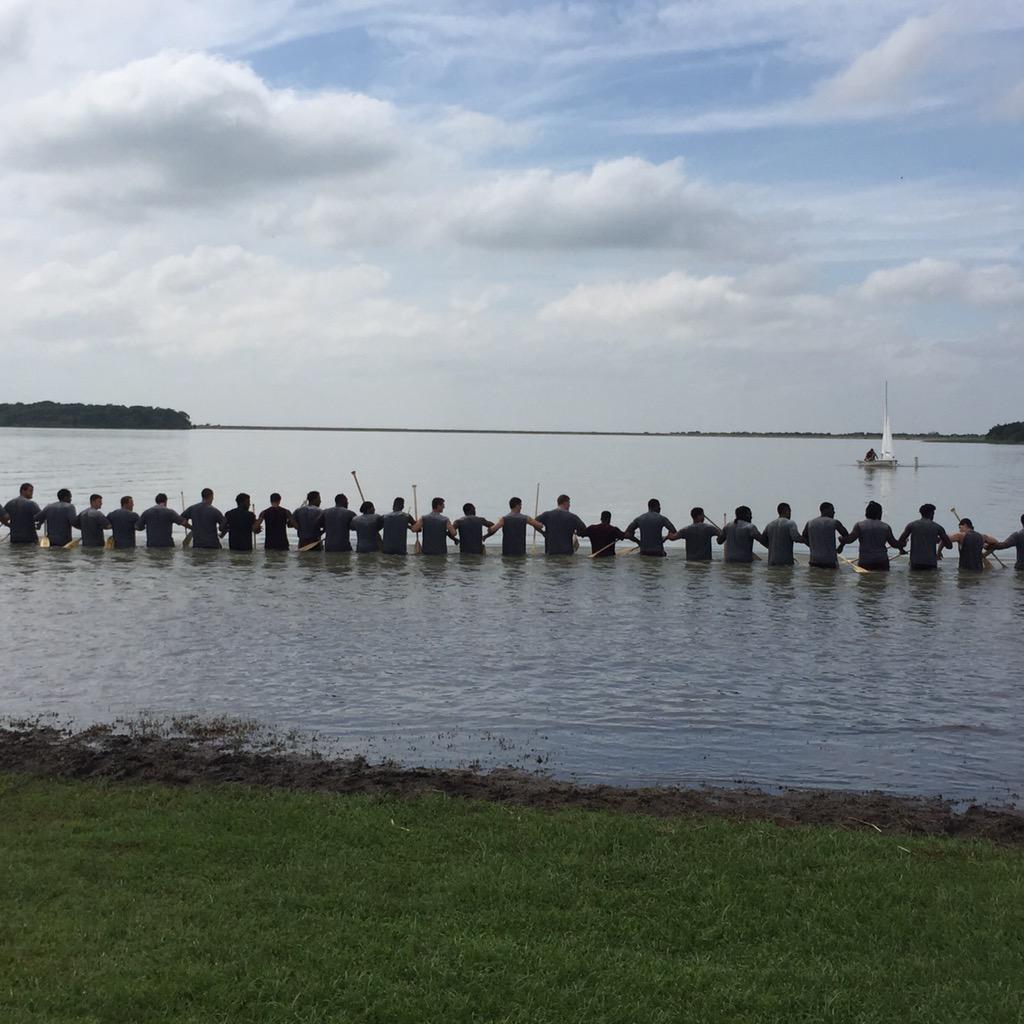 It’s not quite the real deal (for one thing, it’s run by the A&M Corps of Cadets, and not the Navy) but it’s still an excellent team building exercise.

I should note that I’ve done enough rubber boat training to know it isn’t always fun.

I should also note that the closest I’ve come to *real* SEAL training is sitting on my balcony in VIP quarters at NAB Coronado while sipping a cocktail and watching the young sailors going through BUDS make sugar cookies in the sand and run back and forth into the surf.

A tip o’ the hat to Aggiesprite, who might just be a tad biased toward A&M.