The normalizing of precision guidance for munitions has lead to a trend of decreasing warhead size for many applications. There’s no sense hauling one five hundred pound bomb when you can get by with a 250 pound bomb, especially when you can carry two of the later.

For the last decade or so, the poster child of this trend was the Small Diameter Bomb, or SDB, a GPS/INS guided bomb of about 250 pounds, equipped with wings to allow it considerable standoff range, and a variety of fuzing options to allow it to attack either soft targets or hardened targets.

But the SDB has a couple of drawbacks, primarily that it cannot attack moving targets, or be retargeted after launch.

And so the SDB II program came into being. SDB II uses the same basic GPS/INS guidance architecture, but also adds terminal guidance capability, allowing it to either attack moving targets, or to shift targets via a secure datalink back to the launching plane. 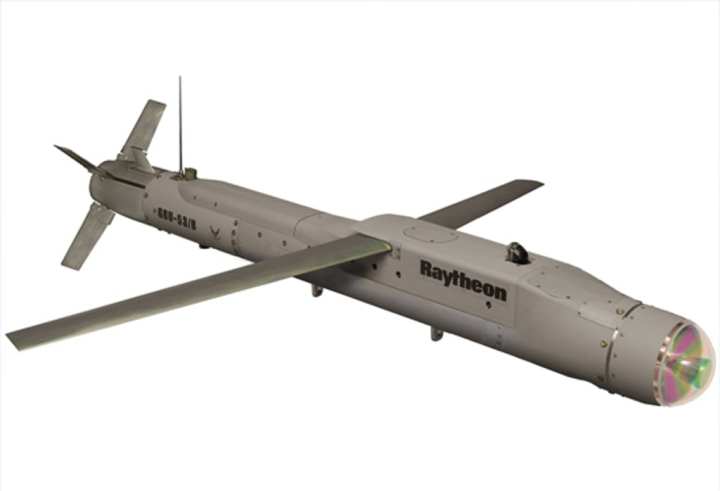 Whereas just a few years ago, simply adding GPS/INS navigation to a bomb was pretty technically challenging, today the Air Force and prime contractor Raytheon are able to do that, and add not one, but three terminal seeker modes to SBD II. Millimeter Wavelength Radar, Imaging Ifrared, or Semi Active Laser Homing are all options, on each bomb!

It’s not mentioned much, but one has to suspect a large part of the justification of such a sophisticated seeker suite isn’t so much a desire to be able to pick off the odd pick up truck or tank, but rather to add to the selection of weapons the Air Force can use to roll back sophisticated air defense networks equipped with weapons like the S-300 and S-400 Surface to Air Missiles.

Now, one single weapon, even the SDB II, isn’t a cure for high threat SAM networks. But combined with escort and standoff jamming (from, say EF-18G Growlers), HARM and JSOW missiles, and a plentitude of decoys such as the MALD-J, one can both blind and claw away at an Integrated Air Defense System to the point where more conventional strikes are no longer prohibitively risky.