In these parts, the term Snowbirds refers to retirees from the northern states that spend their winters here, and then return home for the warmer months.

But if you go far enough north, Snowbirds refers to the excellent Canadian flight demonstration team.

Boston Celtics point guard Rajon Rondo is a very poor shooter.  From the free throw line, he has gone from mediocre to downright abysmal.   Rather than taking Rondo to task for his performance, an article by Celtics beat writer A. Sherrod Blakely at CSNNE on the subject is all but an excuse-making session for a professional basketball player, a ball-handling guard, no less, being such a poor free throw shooter.   Rondo’s coach, Brad Stevens, talks as if there is simply some fine tuning and a confidence issue.

“The only way that it’s going to be brought up is by everybody else on the outside,” Stevens said. “So all we’re going to do is encourage and try to help in the small ways we can. But it’s about feeling good about yourself, about going in and knocking the next one in. That’s a lot easier said than done. That’s something that, I want him on the line again in a tie game with a minute to go. He’ll make those.”

Really?  Seems Rondo has been a terrible free throw shooter his entire career, making a dismal 61.5% (the league average is over 78%) over nine seasons.  He has two years in which he failed to make 60%, and so far this season he has been historically bad.  Rondo is just 9 for 28 from the free throw line, 32.1% thus far in 2014-15.  And he is the guy that is the Celtics’ ball handler, the one who needs to be automatic from the line, because he is the one you want with the ball and a lead in the closing seconds of a tight game.  Except he stinks from the free throw line.  And for years, the Celtics have inserted other players in those situations specifically because their “star” point guard is so bad in the clutch.  You want him on the line in a tie game, coach?  Funny, so does the other team.  Methinks you are full of it.

But don’t worry, Rondo promises to get into the gym and “fix” his problem.

Gee, thanks for the effort.  For a salary of $12.9 million, or $35,000 A DAY, one is glad to know that you are willing to put in the work.  After how many years of piss-poor performance?  How many games has it cost your team in the regular season and playoffs?  After nine professional seasons, NOW you are going to “work on it”?   And then this bit of new-age athletic advice from Coach Stevens:

Sorry, Brad, it IS thousands of hours.  Confidence comes with practice.  Thousands and tens of thousands of shots, practicing proper form and fundamentals.  Drills for the fingertips, against a wall.  Time in an empty gym.  A lot of time.  Dedication, and hard work.  Something fewer and fewer professional athletes are willing to put in to turn their talents into skills.  It has nothing to do with “support”.  Good gravy.  Such excuse-making is a source of increasing frustration for me and many others who have been watchers of professional sports.  I routinely turn off games in which I see the mediocrity on display that denotes a lack of hard work, and a lack of mastery of fundamentals.  Empty my wallet to buy a ticket to watch it live?  Not a chance.  I don’t want to hear how much you burn to win on game day, when you cannot be bothered to put in the sweat on practice day.  An hour a day in the gym (positing an 8 hour day, Rondo makes $4,500 an hour) shooting free throws is pretty good work if you can get it.

Despite Rondo’s assurances, I doubt he will get any better, except for fleeting stretches here and there.  He hasn’t in nine professional seasons.  And he has been unwilling to put in the work to improve.  Short of some sort of physical disorder, if he’d have worked, he would be better.  Rondo remains what he has been for his entire career, an awful free throw shooter and poor jump shooter whose shortcomings continue to hurt his team.

Well, that was fun.

You should be able to click to embiggenfy.
A good time was had by all, and no one was shot. I was impressed by the accuracy of my fellow shooters, and as always, recalled too late that a full pot of coffee before heading to the range makes for poor trigger control.

A longtime reader of the blog has invited me to go shooting today, so no content for now. Hopefully we’ll have some decent pics and vids later. 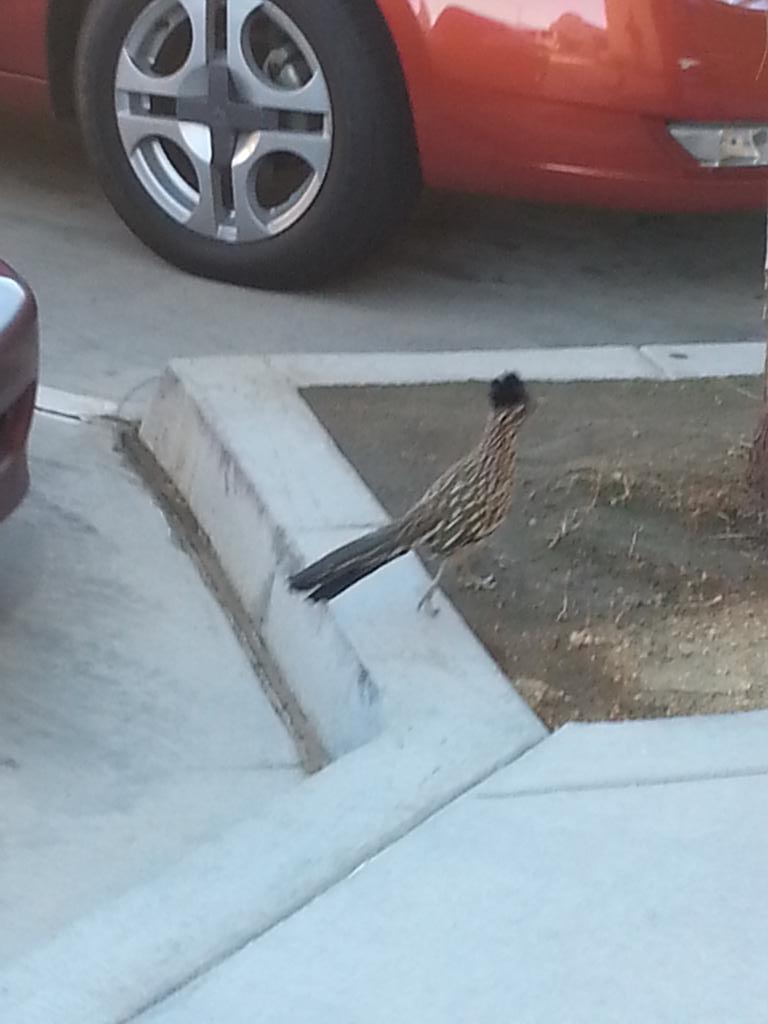 Sad to see the old gal go, though it is a well earned retirement. On the other hand, goodly numbers are going to museums around the nation. And the closest to me, Palm Springs Air Museum is the recipient of one. It will take some time to deactivate the jet. All the fuel and hydraulic fluids need to be removed, as well as sensitive electronics, such as the secure radios and the electronic warfare components. Most importantly, the various pyrotechnic devices need to be removed. It would be a bad thing to have the ejection seats fire in a hangar.

A very Happy Thanksgiving to you, dear readers. I’ve so very much to be thankful for, this year, as so many years before.  And much like my turkey, I’m about to get stuffed! 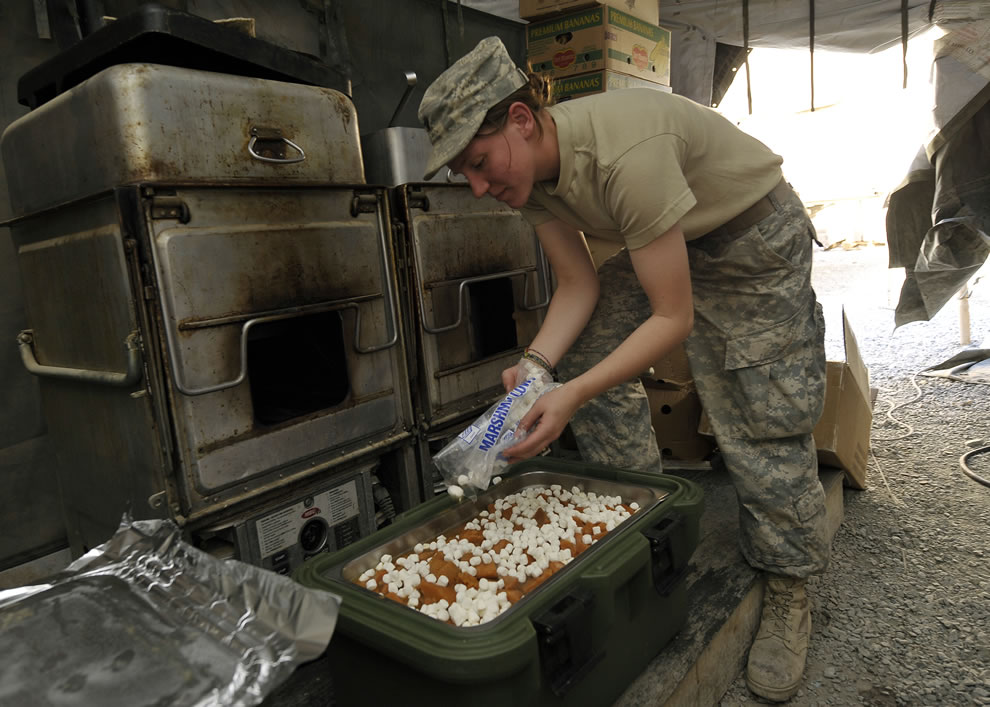 The Army has traditionally gone to somewhat great lengths to try to ensure every soldier has a traditional Thanksgiving dinner whether at home station, or deployed to war. And for the most part, they succeed. I’m sure every career helicopter pilot has a tale of flying a mermite can of turkey and dressing to some remote hilltop.

At any given time, there are bound to be some detachments of soldiers in isolated areas where regularly supplying them with hot meals is a logistical challenge. At the same time, the size of the detachment is too small to justify sending a cook and kitchen forward to feed them.

And so, the bright minds at the Army’s Natick Laboratory came up with the Unitized Group Ration- Express. We’ll talk more about the family of UGRs later. But for now, we’ll focus on the Express.

Most of you are already familiar with the self heating pouch supplied with an MRE to warm that ration. The UGR-E takes that idea to another level. The UGR comes in a box, with all the food, compartmented trays, utensils and condiments needed for the meal. Even better, it’s self heating. Pull  a tab and the same technology that heats an MRE will heat the UGR-E. Each ration is a complete meal for 18 troops.  Here’s a typical breakfast menu:

And here’s a typical dinner menu:

Designed to be grunt proof, and not needing any food service specialist support, the UGR-E means troops won’t have to subsist solely on MREs for extended periods of time even when situated far from their parent unit.

There’s a good chance that Thanksgiving dinner for some remote Combat Outpost in Afghanistan will come from a box. I’ll remember that when I’m struggling with roasting my turkey.

HAMPTON, Virginia — With plenty of flat screen TVs, game nights and even an outdoor fire pit, life in isolation for members of the U.S. military who have returned from the Ebola mission in West Africa can look a lot like summer camp.

The Defense Department is requiring military service members to undergo 21 days of isolation and monitoring as a precaution, but that doesn’t mean the troops are sitting in a hospital or even just one building. At Langley Air Force Base, one of five U.S. bases designated to house returning service members for monitoring, a wooded section of the base near the runway has been turned into a small village.

via Ebola isolation at US base ‘pretty much vacation’ – U.S. – Stripes.

I hope no one saw the Duffel Blog’s piece saying the 21 days would be charged as leave.  🙂

The M113 entered service as the primary Armored Personnel Carrier for mechanized infantry formations around 1960. It also quickly became clear that its fundamentally sound design would be useful for many, many other roles, either in specialized variants or just for general usage. For instance, there are ambulance variants, and command post variants. The M113 was replaced as the prime carrier of the mechanized infantry by the M2 Bradley beginning in the early 1980s, but the M113 still soldiers on in these support roles. In fact, in the Armored Brigade Combat Team of today, there are more M113 variants in use than there are tanks or Bradleys.

But even though the upgrade of the fleet to the current M113A3 standard greatly improved the mobility of the carrier, it is rapidly becoming clear that the power, speed, cross country mobility, and ability to support command and control systems has reached the practical limit. It is time for a replacement vehicle.

The Army sees a need for roughly 3000 new vehicles. They want a new general purpose carrier, a mortar carrier, an ambulance, a command post, and a couple other versions.

What the Army doesn’t want is a clean sheet design, leading to a long, drawn out development program. The Army’s Future Combat System and Ground Combat Vehicle programs were disasters, costing billions of dollars in development, but not leading to any actual production contracts.

In fact, the Army knows exactly what it wants. It wants the basic hull and machinery of the Bradley, minus the turret.  A simple armored box, into which the appropriate mission equipment can be mounted. This stuff isn’t rocket science. In fact BAE Systems, the maker of the Bradley, has been trying to sell the Army various Bradley derivatives for years. And the basic Bradley chassis is quite sound, also serving as the basis for the M270 Multiple Launch Rocket System. Further, Bradley suspension and powertrain components were used to upgrade the AAV-7A1 Amtrac fleet, and are upgrading the M109A6 Paladin Integrated Product improved self propelled 155mm howitzer. Sharing that basic platform eases the supply and logistics train.

Of course, the DoD acquisition system is a nightmare. The Army can’t just pick up the phone and order what they want from BAE. They instead have to go through the internal acquisition process justifying the need for an M113 replacement, which takes time, manpower and money to realize something that everyone already knows. Then comes the fact that, when you start talking about spending a couple billion dollars, you have to take bids for contracts. So the Army published a Request For Proposals, or RFP. And in spite of very narrowly tailoring the RFP to pretty much say “we want to buy turretless Bradleys from BAE” the Army still ran into some trouble. General Dynamics, makers of the Stryker family of vehicles, protested to the Army that the RFP unfairly excluded Stryker variants from the competition. And they do have at least some point. At least one heavy BCT deployed to Iraq with Stryker ambulances in place of its M113 ambulances. But while a Stryker ambulance might have been suitable for Iraq, the Army can very easily see scenarios where such an ambulance would not be able to keep pace with tanks and Bradleys. That’s the whole point why it wants turretless Bradley vehicles.

General Dynamics has recently decided it won’t tie up the issue with a protest to the GAO (which would tie the program in knots for years). Instead, it will likely lean on friendly representatives in Congress to at least give them some small slice of the pie in future budgets. After all, the Army may want turretless Bradleys, but it can only buy what Congress tells it to.

Here’s the original “industry day” flyer on what the AMPV objectives were.