The Huntsville-made Standard Missile-6 performed right on cue during recent tests that showcased its ability to intercept a subsonic, low-altitude target over land.

Raytheon, which makes the SM-6 and SM-3 at its facility on Redstone Arsenal, said the Aug. 14 flight test – dubbed “Juliet”- was a success.

“Last week’s test was essentially a straight flush. It terms of cruise missile defense, it doesn’t get better than the performance we’re seeing out of the SM-6,” said Mike Campisi, Raytheon’s Standard Missile-6 program director.

“We’ve delivered more than 100 SM-6s to the US Navy from our integration facility in Huntsville, and it continues to prove its capability against a wide range of threats.”

The test, conducted at White Sands Missile Range, is one of 10 planned performance and demonstration events designed to show the Navy SM-6’s ability to detect and engage a slow-moving target, even in the presence of land clutter. The SM-6 obtained operational status last year and is designed to provide an over-the-horizon target engagement weapon when launched from an Aegis warship.

For 60 years, the Standard Missile Family, with its Terrier and Tartar predecessors, have provided the primary area air defense weapons for the US Navy.

For most of that history, the Standard family has been SARH, or Semi-Active Radar Homing. An illuminating radar on the launching ship pours high powered radar frequency energy onto the target, and the seeker head of the missile simply follows the reflected target to intercept.

SARH was an attractive guidance technique for a couple reasons. Unlike command guidance used in Nike Ajax and Hercules, it was fairly resistant to jamming. And because the most complex parts of the guidance system were aboard ship (that is, the illuminating radar), missiles were relatively simple, cheap, and reliable.

Mind you, this was in an age where electronics technology was still largely tube based, and integrated circuits were still in their infancy. Analog computing technology was the rule.

Over the years, the switch to digital technology and increased computing power improved the tracking and fire control capabilities of shipboard mounted missile control systems. And to be sure, the missiles themselves switched to smaller, lighter, more reliable digital electronics. Coupled with ever more powerful solid rocket motors, that greatly increased the range of the Standard missile.

With the SM-2 family of missiles, especially when used with the Aegis/SPY-1 radar/computer, a missile would fly to a computer predicted intercept point. Rather than following the illuminated target the entire time of flight, it would follow the most energy efficient path to the target, with mid-course updates to its autopilot injected in radar signals from the SPY-1 radar. Not until the final moments of an intercept would the target be illuminated by a fire control radar. Among other things, this made it much harder for a target to realize it was under attack. And optimizing the energy profile of the missile’s flight left it with sufficient energy for terminal maneuvers for the intercept.

In fact, the missile itself had such a range that for some situations, the limiting factor became the effective range of the illuminating radar. 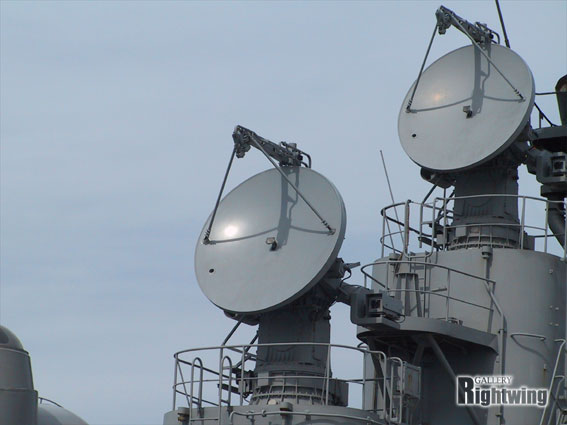 For all the improvements in the Standard Missile family, one problem remained. The line of sight limitation of the illuminating radar. The curvature of the earth means that low altitude targets, such as sea skimming cruise missiles, can only be illuminated at depressingly short ranges. That short range means a much shorter engagement time, and increases the likelihood of a saturation attack having some leakers. Even if another radar platform, such as an E-2C Hawkeye, detects targets, without the ability to illuminate them, the Standard family couldn’t engage.

It wasn’t lost on the engineers of Raytheon, nor the operational minds of the Navy, that the AIM-54 Phoenix, and later, the AIM-120 AMRAAM air-to-air missiles used an onboard active radar.

In a remarkably rapid development program, a modified active radar seeker from the AIM-120 was grafted onto the Standard missile, resulting in Standard Missile 6. It can still be used as an SARH missile. But it also has the ability to engage targets outside the line of sight of the illuminator.

Part of the trick is steering the SM-6 close enough to the target for its small radar seeker to pick up the target.  Readers may recall my post on the NTDS giving a common situation picture to a task force. Unfortunately, NTDS wasn’t that accurate. Positional information simply wasn’t available back then. In the era of GPS, however, such information is, and under Cooperative Engagement Capability, one platform can provide fire control quality updates to another. For instance, our hypothetical E-2 Hawkeye can give a clear enough picture to our hypothetical Aegis ship to fire SM-6 at targets still well below the ship’s radar horizon.

In the linked article about test flight Juliet, the target is described as subsonic and overland. Depending on the target’s altitude, that can be an extremely challenging target. For long range, you want your missile to fly as high a profile as possible, to avoid drag from thick low altitude air. But you need a radar seeker capable of discriminating the target against the background clutter of the ground.

SM-6 is in production, and is fielded with the fleet, but is still in such small numbers that the SM-2 is still the primary area anti-air weapon.