In tactical situations, a suppressor is quite handy, if only to make it easier to control a unit. Though they aren’t in widespread use in regular line units, they’re quite common in special operations. They’re also relatively easy to acquire for civilians willing to pay the NFA tax on them.

We usually think of suppressors screwed onto the end of an assassin’s pistol, or on a sniper rifle. Well, here we see one on a shotgun, of all things.

It looks a little unwieldy, but not too bad.

This isn’t the first attempt at reducing the signature of a shotgun. During the Vietnam war, combat shotguns were popular with the Navy SEALs for their excellent close quarters capability. But they were also quite noisy, something that clashed sharply with the SEALs desire for stealth when at all possible. So the SEALs asked if anyone could address that problem. And rather than attempting to change the shotgun, AAI Corporation adapted a technology of theirs to invent the silent shotgun shell. 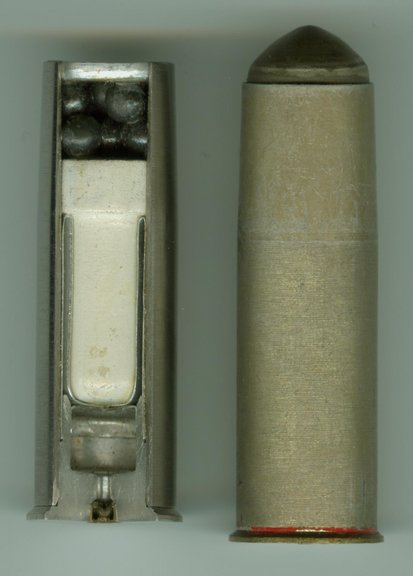 The shell was a closed cylinder with the tip folded in (think of an inflated balloon, and pushing in with a finger to form a cup). The burning of the powder would cause the cup to expand, forcing the shot down the barrel. But because the cylinder was closed, no gases from the firing would leave the shell. No muzzle blast equals very little noise.

Only a relative handful were made, and few if any were ever used in combat. They had only fair ballistic performance, and a failure of the shell could cause a serious jam for the weapon. Additionally, high costs led to the program being dropped. Still, it was an innovative approach to solving a problem.