One of the readers here complained that I don’t pay enough attention to the lovely ladies of science fiction. I do pay some, but he had a point. So I told him to get off his duff and send me some pics. He did- Here’s his choice, Carice Van Houten. Thanks, LT Rusty.

Today’s subject is a little more mature than the most recent subject.  She is Dutch, 35 years old, known for her (lots of skin exposed) roles in (among others) Black Book and Black Butterflies, which are foreign films, and her (less skin exposed) role in Valkyrie w/ Tom Cruise.
She is currently playing a supporting role in Game of Thrones, as Melissandre, the Red Priestess.  Her character is … well, don’t know if she’s a good guy or a bad guy, to be honest. 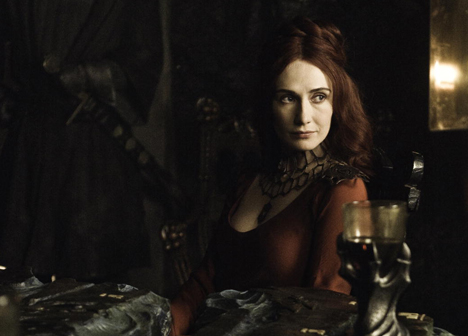 If you’d like to be considered for a guest post for Load HEAT, shoot me an email with your hottie’s name, 12 or so pics, and a thumbnail bio. No nipple rule in effect.